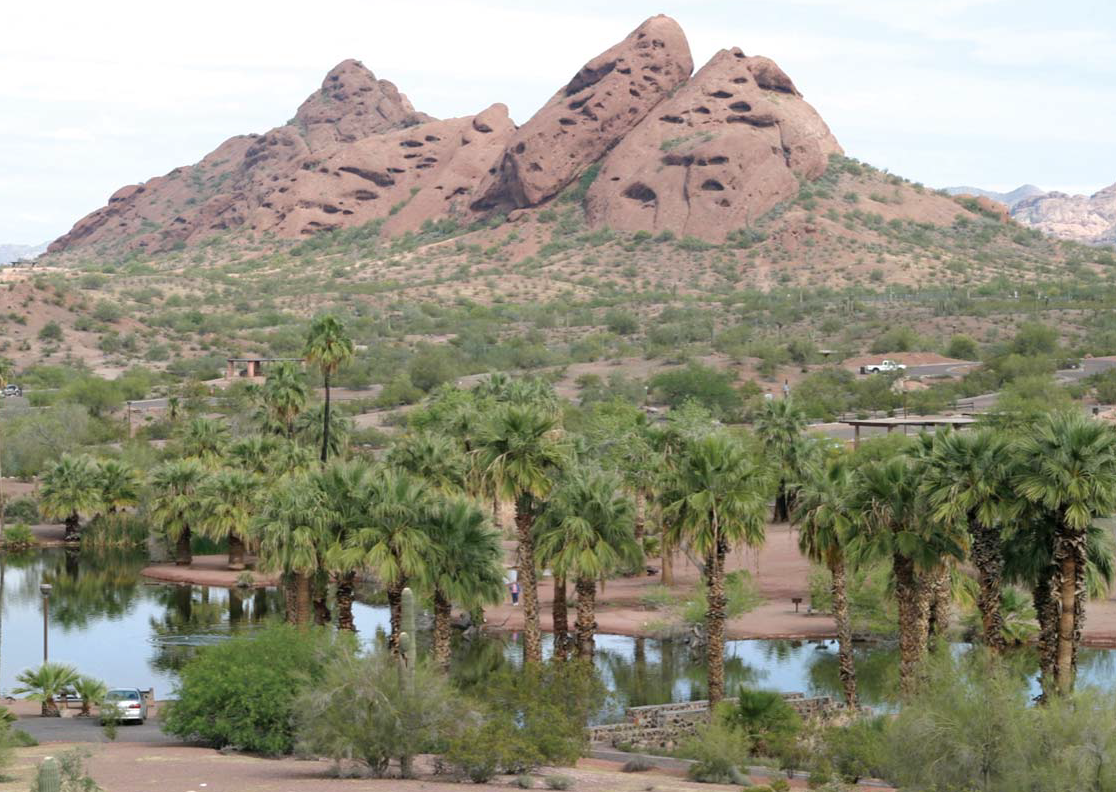 In 1881 the City of Phoenix emerged from the Arizona desert as a small agricultural community that encompassed less than a square mile. In a little over a century, Phoenix has developed into the 6th most populous city in the United States, The metro area has experienced explosive population growth; it has grown from 330,000 residents in the mid-20th century to almost 4.2 million by the 2010 census. The City of Phoenix also encompasses nearly 520 square miles.

The 1920s began the chapter of natural resource conservation because leaders understood the long-term value that could be created when natural open spaces are preserved. This forward-thinking leadership gave Phoenix’s residents the South Mountain Preserve, which is now the largest municipal park in the United States. This investment has continued and Phoenix’s residents now enjoy more than 38,500 acres of natural open space. Phoenix’s leaders and residents have also understood the importance of traditional parks and the City owns and operates over 4,700 acres of park land, which accounts for 9 percent of total open space land in Phoenix. Red Fields to Green Fields would build upon this legacy, providing residents with improved access to traditional city parks and increased connectivity between a comprehensive network of open space corridors and urban trails that would stitch its various neighborhoods together.

Phoenix’s explosive growth has brought with it many new families and businesses but has challenged the City’s ability to keep up with open space preservation and development. Phoenix has also been particularly hard hit by the real estate crisis; suffering from one of the highest foreclosure rates in the country. In some neighborhoods more than half of the houses are in distress, foreclosed or vacant. Commercial properties have extremely high vacancy rates and values have fallen precipitously. However, the Greater Phoenix Area was listed as one of eight urban areas defined as ‘comeback kids’ in a recent Urban Land Institute study. Criteria included: attract talented workers and new investment, offer a variety of housing options, capitalize on natural resources as amenities